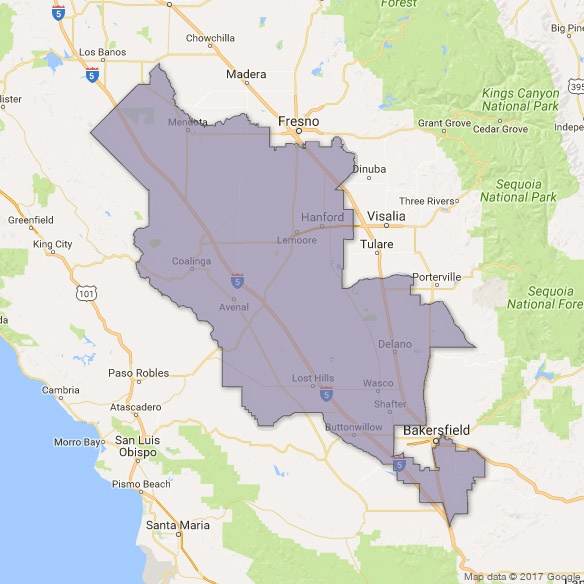 In the last election, Republican David Valadao won this district by only 17,844 votes (13.5%). But Hillary Clinton beat Donald Trump in CA-21 by 15.6%. Now Democrat TJ Cox, an engineer and the son of immigrants who has spent years creating jobs in the Central Valley, is running against him and could flip this critical seat.

There are just [[daysRemainingUntilElection]] days left to take action before the midterms—and you can help swing this district.

Tomorrow is Election Day—and you can help swing this district.

Today is Election Day—and you can help swing this district.

Get involved in CA-21

The best way to win back the House is to talk to left-leaning voters in Swing Districts. We'll help you find the best way to make an impact right now, whether in person or on the phone.

Block by block, call by call, and donation by donation, we're working together to direct progressive energy from deep blue districts to Swing Districts that will decide control of the House.

Learn about the district and both candidates in two short pages, so you have all the information you need to make an impact.